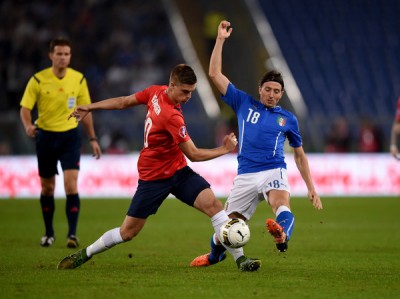 Hungary travel to Oslo to face Norway in the play-offs for the UEFA Euro 2016 qualifiers on Thursday. Norway have not lost to Hungary since 1981, a fact that will boost their morale ahead of the all important first leg.

Norway came third behind Italy and Croatia in Group H while Hungary finished behind Northern Ireland and Romania in Group F, during the round-robin stage of the UEFA Euro qualifiers. Norway last participated in the UEFA Euro in 2000 while Hungary have not been part of any major tournament since the 1986 World Cup.

The play-off presents both European countries with an unique opportunity to qualify for the EURO finals next year. However, Norway lost their last two play-offs to Spain and Czech Republic for the 2004 EURO and the 2006 FIFA World Cup finals. Hungary, on the other hand, are contesting in a European Championship play-off for the first time. The only time they featured in a FIFA World Cup play-off in 1998, they lost to Yugoslavia.

According to Head-2-Head statistics, Hungary have won seven and lost five of their 17 meetings with Norway but they haven’t beaten Norway in the last nine matches, since a 4-1 win at Budapest in 1981.

Norway has already declared its squad for the first leg with Strømsgodset’s in-form striker Marcus Pedersen getting a call-up. The return leg will be played in Budapest on Sunday.

“We have made a point of selecting players that are in very good form at the moment. There is a lot of positive energy in this group of players, but we will also need to be well-prepared.”