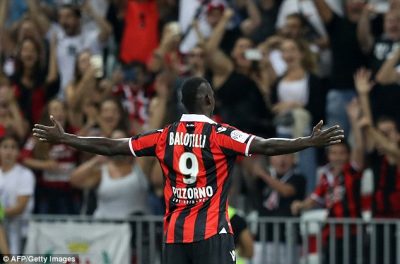 Nice vs Schalke 04 – Nice host Schalke 04 at Stade Nice on 15th September, Thursday in their inaugural Group I fixture of the 2016/17 UEFA Europa League campaign. The Ligue 1 club finished in the fourth position in domestic standings last season, courtesy which they qualified for Europe this season. Schalke 04 came fifth in a closely contested Bundesliga season.

Nice are coming into this match on the back of a 3-2 win over Marseille this past Sunday. The travelling side Schalke were beaten by Bayern Munich last week but have had a longer rest period.

“It will be a difficult task. Our opponents are in good form, so we have to put in the best possible performance.”

According to Nice vs Schalke 04 H2H stats, these two clubs have never faced each other in a competitive fixture before today. Nice are unbeaten in thirteen UEFA home games (with ten wins and three draws), a run stretching back to a 3-2 defeat to Real Madrid in the 1956/57 European Cup. Schalke, meanwhile, are unbeaten in their last six European away games.

Nice will be looking towards their new signing Mario Balotelli for his offensive exploits and the mercurial forward did deliver on his league debut this past weekend. Schalke 04 could hand Max Meyer a start but their main goal-scoring responsibility lies on Huntelaar.

A 2-2 draw is the most likely outcome.