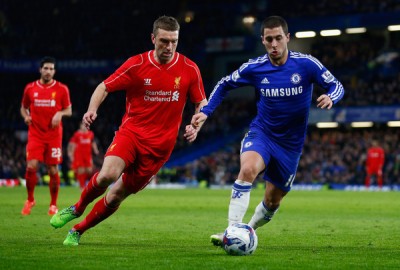 Chelsea vs Liverpool – Chelsea host Liverpool at the Stamford Bridge on 16th September, Friday in their first massive English Premier League fixture of the season. Liverpool finished in the eighth position with sixty points, two places and ten points ahead of the floundering Chelsea who struggled all through last season.

This season, both clubs have made decent starts to their new campaign, with Chelsea still identifying with Antonio Conte’s philosophy while Liverpool are adopting Jurgen Klopp’s methodologies.

Chelsea dropped two points against Swansea this past Sunday and are on the second position with ten points from four games, while Liverpool are on the sixth position with seven points. With the top eight clubs separated by only five points, any result could significantly affect the league standings.

John Terry is unavailable after picking up an ankle injury against Swansea, which means David Luiz is all set to make his debut for the second time at Chelsea. Kurt Zouma is still not match fit and will be joined by Marco van Ginkel on the sidelines.

Liverpool will be without the injured Sheyi Ojo and Ragnar Klavan and the unfit Emre Can. Joseph Gomez has been listed as a doubt.

According to Chelsea vs Liverpool H2H stats, the last five Premier League matches between these two clubs have resulted in two wins for Chelsea, one win for Liverpool and two draws. In fact, Chelsea are undefeated in ten of their last eleven matches against Liverpool in all competitions.

Chelsea are undefeated in twelve of their last thirteen Premier League home matches and a 2-2 draw is the most likely result of this match.