Napoli vs Juventus – Serie A – Preview 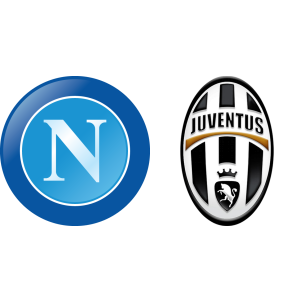 Napoli vs Juventus – Napoli hosts Juventus at Stadio San Paolo on 1st December, Friday in a crucial Serie A fixture.

The Serie A has been closely fought this season and Napoli sit atop the league standings with thirty-eight points after fourteen games, while Juventus are in the third position with thirty-four points.

Not much separates the two clubs but Napoli are in tremendous form this season, remaining unbeaten in the league. Juventus suffered a shocking 3-2 defeat at the hands of Sampdoria in their previous away fixture before restoring normalcy with a 3-0 win over Crotone last weekend, but will go in as the underdogs in this game.

Napoli have played out two draws in their last six matches, against Internazionale and Chievo, but will go all guns blazing on Friday, for a win could help them open up a considerable lead at the top of the table.

Juventus will be without the injured Gonzalo Higuain but Georgio Chiellini is likely to return to the starting lineup, after the talismanic defender was rested against Crotone.

“Napoli are a strong and very compact team. They’ve kept together many of their players over the last two to three years and maybe that’s an advantage for them, but we have to stay focused on our own game.

We have to concede less goals as we’ve been letting in too many of late, so we must work on solutions to defend better as a team: it’s not just the defenders, goalkeeper or midfielders, but the whole team.”

According to Napoli vs Juventus H2H Stats, Juventus have won three, drawn one and lost one of their previous five encounters with Napoli in all competitions. Juventus have scored at least twice in their last seven away games in the Serie A.