← Will Alexis Sanchez Stay At Arsenal?
Corinthians vs Flamengo – Brasileiro Serie A – Preview → 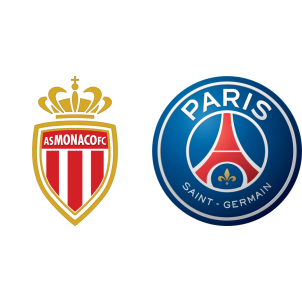 AS Monaco won the Ligue 1 last season, finishing ahead of their opponents tonight by eight points mostly because of their bright, young squad but have already been depleted as the likes of Tiemou Bakayoko and Benjamin Mendy have already moved to greener pastures.

With the futures of Kylian Mbappe and Lemar also in doubt, AS Monaco will begin as underdogs tonight. Paris Saint-Germain, the Coupe de France winners, are looking to strengthen by being embroiled in a long drawn-out battle for Neymar with Barcelona, a club they have already beaten by managing to keep Marco Veratti in Paris for another season.

Joao Moutinho is unlikely to play for AS Monaco after featuring in the Confederations Cup, as is Julian Draxler for the Parisian club.

“The season starts here for the whole team before the league gets underway next week. The transfer market is one thing that we can leave and speak about in the future. It is over at the end of August. Many teams start their campaigns when the transfer window closes.

For me, we are fully focused on this match. We are not thinking about anything else. I am thinking about our team for the game and beating a good Monaco side. All the fans will enjoy a match between two good teams.”

According to AS Monaco vs Paris Saint-Germain H2H Stats, the last five matches between these two clubs resulted in two wins for either side and one draw.

A 1-1 draw after normal time is the most expected result with the match likely to be settled in extra time or on penalties.