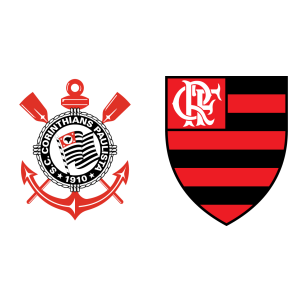 Both clubs returned to winning ways in their previous game – Corinthians against Fluminense and Flamengo against Coritiba – after two consecutive draws.

Danilo, Vilson, Jadson are sidelined through injuries for the hosts while Pablo will face a late fitness test. The visitors will be without the injured Gabriel and Rhodolfo.

“We prepare for every situation, we have to respect Flamengo, we have to be very humble to score a lot, I do not think Flamengo will wait there, I hope Flamengo is attacking, and we Knowing how to play our game without a ball.”

According to Corinthians vs Flamengo H2H Stats, Corinthians have won three and lost one of their previous five matches against Flamengo.

In fact, Corinthians have won their last eight home matches against Flamengo in all competitions, keeping a clean sheet in the last four home games.

While Corinthians are undefeated this season, Flamengo are undefeated in twenty-one of their last twenty-three matches in the Brasileirao Serie A. There have been under 2.5 goals scored in six of Corinthians’ and Flamengo’s last seven games in the leagues.

It should be a closely contested affair but a 2-1 win for Corinthians is the most likely result.