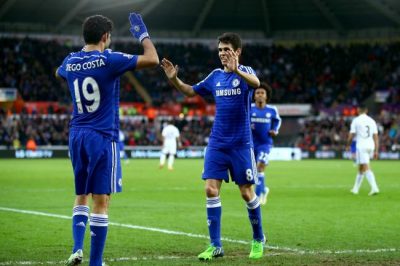 Chelsea have been in terrific form ever since Antonio Conte switched over to a 3-4-3 formation, winning five matches on the trot, scoring sixteen goals and conceding none in the process. Chelsea are on the third position in league standings with twenty-five points. With Liverpool drawing at Southampton, have an incredible opportunity to ascend to the summit should they win tonight.

Middlesbrough, who have won only one of their last six matches but managed to secure draws against Arsenal and Manchester City in away fixtures, are fifteenth with eleven points.

James Husband is yet to regain match fitness for Middlesbrough while George Friend and Daniel Ayala are listed as doubts.

Chelsea will be without Kurt Zouma, who returned to the reserve side this past weekend and Marco van Ginkel, still recuperating from his lengthy spell on the sidelines. Eden Hazard, Diego Costa, Cesc Fabregas and Ruben Loftus-Cheek are minor injury concerns but the former two are likely to start.

“I think Chelsea are definitely one of the favourites for the league, especially as they are not playing Champions League football. Chelsea is another tough challenge for us. Antonio Conte is settling in the league very well but we can show once again how we can compete.”

According to Middlesbrough vs Chelsea H2H stats, Chelsea have won all of their previous five meetings with Middlesbrough. Antonio Conte’s side are likely to win 2-0 tonight.