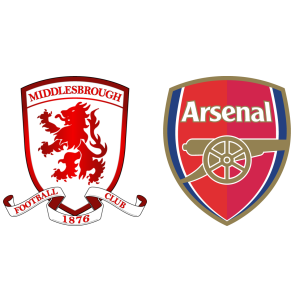 Middlesbrough vs Arsenal – Middlesbrough hosts Arsenal at the Riverside Stadium on 17th April, Monday in an English Premier League fixture crucial for the visitors.

Arsenal lost 3-0 to Crystal Palace in their last game and have only two wins in their previous six games. Both clubs are in a tough spot with Arsenal trying to secure European qualification and Middlesbrough trying to avoid relegation.

Arsenal will be without the injured Santi Cazorla, Lucas Perez and David Ospina.

“Of course they [Arsenal] are in a difficult moment, certainly away from home. But they have got top-quality players throughout the team, so we have no doubt it will be a really, really difficult game.

It is a challenge because he’s got top, top players through the squad. It’s full of internationals and Arsene Wenger, in my opinion, is one of the most talented coaches there’s been around for many years.”

According to Middlesbrough vs Arsenal H2H Stats, the last five matches between these two clubs resulted in two wins for Arsenal and three draws.

Middlesbrough have failed to score in six of their last eight matches. However, Arsenal have lost their last four games.