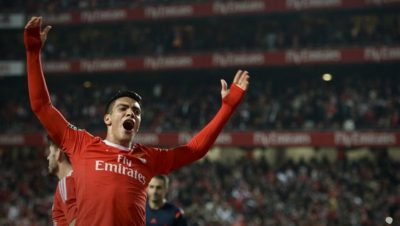 Maritimo vs Benfica – Benfica travel to Estádio dos Barreiros on 2nd December, Friday to face Maritimo for a Primeira Liga fixture as they aim to consolidate their position atop the league standings.

Benfica have twenty nine points from eleven games and are the only unbeaten side in the Portuguese top division – ahead of Sporting CP by five points and Braga by three points. Benfica defeated Moreirense in a comprehensive fashion by 3-0 in their last game after they were held to a 1-1 draw by Porto in the preceding league fixture.

Maritimo are ninth in league standings with fourteen points, in what is an intriguing mid-table conundrum – with three clubs on fourteen points and three other on thirteen points. The Lions have won only one of their last four league matches – their last game ending in a goalless draw with Chaves. Maritimo, however, secured a crucial 1-0 victory over third-placed Braga.

Shaher Mansour is sidelined through an injury while Fabio China will face a late fitness test. Benfica will be without the injured Jonas, Alejandro Grimaldo and Eliseu.

The league leaders have also been prolific in front of the goal, scoring twenty six goals in eleven games and conceding only five goals. Benfica have kept a clean sheet in five of their last six matches in the Primeira Liga.

Benfica will be the favorites and are likely to win 1-0 tomorrow.