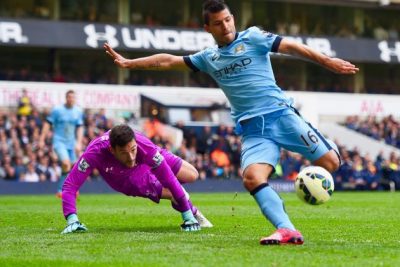 Manchester City defeated West Bromwich Albion by a 4-0 scoreline to end their five-game winless streak in all competitions. Pep Guardiola’s side are on twenty three points, leading Arsenal and Liverpool on goal difference.

Middlesbrough, who had not won any of their five preceding league fixtures, defeated Bournemouth in a closely contested 1-0 affair last week.

Bacary Sagna is sidelined with an injury while Fabian Delph and Fernandinho will face late fitness tests. Gaston Ramirez is suspended for the visitors. James Husband, Daniel Ayala, Martin de Roon and Christian Stuani are listed as doubts.

“I said that with Pep here the league was going to improve, and he’s showing how good he is. Now we have to play against them but we must focus on ourselves. We played well against Arsenal but now we have to go to the Etihad expecting a tough game as Man City are an amazing team.”

Man City have seen under 2.5 goals in nine of their last eleven matches against Middlesbrough in all competitions. Manchester City are undefeated in their last eight Premier League matches at home and will start the match as clear favorites. A 3-1 win for the home side is the most likely outcome.