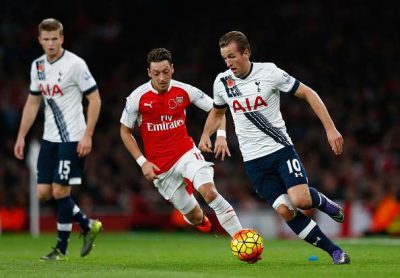 Arsenal vs Tottenham Hotspur – Arsenal host Tottenham Hotspur at the Emirates on 6th November, Sunday in a crucial English Premier League fixture. Arsenal are on the second position with twenty three points – their thumping 4-1 win at Stadium of Light coming in an excellent second half performance.

Tottenham Hotspur are on the fifth position in league standings with twenty points – three consecutive draws in their previous three league games have put Spurs below Chelsea in the race for top four.

Toby Alderweireld, Ben Davies and Erik Lamela are Tottenham’s primary injury concerns while Moussa Sissoko is suspended. Mousa Dembele is doubtful for the game as well. Harry Kane is fit again but is unlikely to start the game.

“This is more than a derby. It’s an important game for us because it’s a big home game and we have an opportunity to show that we have an interesting role to play in this Premier League, and that we can win these kinds of games.”

According to Arsenal vs Tottenham Hotspur H2H stats, the last five English Premier League encounters between these two clubs resulted in three draws and a win for either side. In fact, Arsenal are undefeated in their last six home matches against Tottenham Hotspur in all competitions. It should be a closely contested affair but a 1-0 win for Arsenal is the most likely outcome.