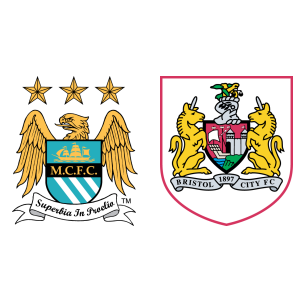 Bristol City have earned the reputation of being giant killers in the League Cup this season, dispatching Premier League opponents Watford, Stoke City, Crystal Palace and Manchester United in the earlier rounds, their most impressive performance coming against Jose Mourinho’s side in a 2-1 win in the quarter-finals.

Benjamin Mendy, Vincent Kompany, Gabriel Jesus and Phil Foden are sidelined through injuries for Manchester City while the visitors will be without Gary O’Neil, Jens Hegeler, Famara Diedhiou, Eros Pisona and Calum O’Dowda.

Bristol City have already done the unimaginable by progressing so far into the competition, but Manchester City have arguably been the best side in Europe so far and it will take nothing less than a miracle for Bristol City to defeat Pep Guardiola’s side over two legs.

Pep Guardiola is likely to rotate as games come thick and fast to keep his side fresh for the business end of the competitions, but Manchester City are still the favorites.

A 3-0 win for Manchester City is the most likely result in the first leg.