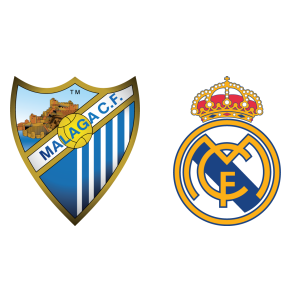 Malaga vs Real Madrid –  Real Madrid travel to La Rosaleda to face Malaga on 21st May, Sunday in their final league game of the season, needing just one point to secure the La Liga title.

Real Madrid’s 3-2 loss to Barcelona at home put them in a precarious position heading into the final few games of the season, but five consecutive wins have left Zinedine Zidane’s side needing just one point from their final game against Malaga to win the La Liga.

Real Madrid have ninety points while Barcelona are on eighty-seven points, although the Catalan club boast of a superior goal difference. Malaga are eleventh with forty-six points and are coming off a 2-2 draw against Real Sociedad.

Real Madrid will be without Daniel Carvajal and Gareth Bale, both of whom are injured.

“It’s in our hands and that’s significant. We’ve got one game left and we’re working exactly as we’d want. We’re going into it in great physical shape and we’ll go out and give it everything we’ve got to win the game just as we always do.”

Malaga have won their last four home matches in the La Liga, but a 2-0 win for Real Madrid is the most likely result tonight, with Zinedine Zidane’s side expected to win the La Liga.