Lazio vs Genoa – Serie A – Preview 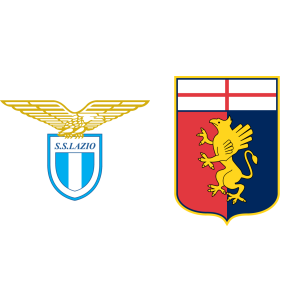 Lazio vs Genoa – Lazio hosts Genoa at the Stadio Olimpico on 5th February, Monday in a relatively easy Serie A fixture for the home side.

Lazio are third in the Serie A standings with forty-six points after twenty-two games, fourteen points behind league leaders Napoli. Although Lazio are unlikely to win the Scudetto, they are competing with the likes of Internazionale and AS Roma for next season’s UEFA Champions League qualification.

Genoa are sixteenth in the league standings with twenty-one points, four points above the relegation zone and have lost their last two league fixtures. Lazio also lost 2-1 to AC Milan in their previous league outing.

Davide di Gennarro is injured while Sergio Milinkovic-Savic and Senad Lulic are suspended for Lazio. Genoa will be without the injured Giuseppe Rossi and Miguel Veloso and the suspended Nicolas Spolli.

According to Lazio vs Genoa H2H Stats, Lazio have won three and drawn two of their previous five matches against Genoa. In fact, Lazio have not lost to Genoa since the 2014/15 Serie A season.

Genoa have failed to score in 12 of their last 16 away matches in the Serie A and will have a tough time at Stadio Olimpico tonight, for Lazio have scored at least three goals in their last three home games.

Moreover, Lazio have scored at least 2 goals in their last four matches against Genoa in all competitions. The home side will be eager to bounce back after a disappointing loss in their last game and are likely to win 2-1 tonight.