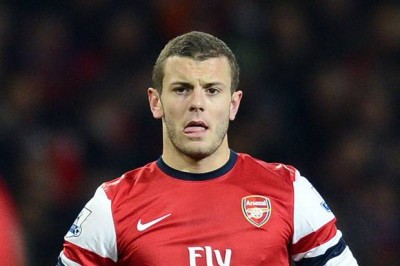 Arsenal’s Jack Wilshere will miss his club’s 2015/16 Premier League opener against West Ham this weekend. The midfielder picked up an ankle injury in training on Saturday and was thereafter excluded from the matchday squad against Chelsea in the Community Shield on Sunday.

Arsene Wenger had initially thought the injury to be minor, but further scans have showed it is much more serious than earlier feared. The 23-year-old could be out of action for a number of days and the Arsenal medical team would further assess Wilshere’s condition later this week.

Ankle injuries have been a constant source of struggle for the English midfielder, who missed six months last season after a surgery on his ankle. Through out his Arsenal career, Jack Wilshere has missed games at regular intervals through injuries. One of the most talented ball players in the country, the Gunners faithful have rarely enjoyed Wilshere’s brilliance on a consistent basis, mostly because of health issues.

Wenger will be concerned with Wilshere’s new injury, especially as the London club did not sign a central midfielder this summer, owing to Francis Coquelin’s rise to prominence. Mikel Arteta, now totally fit, should provide valuable depth but Arsenal must avoid injuries to their key players should they wish to challenge for the English Premier League title.

The side which defeated Chelsea looked off-colour and had to dig their heels to secure a 1-0 win against the lacklustre display of John Terry and co. but the Gunners would have to up the ante, come next week, for the Premier League is a completely different ball game.

Arsene Wenger is hopeful that Wilshere will return for Arsenal’s first home game against Crystal Palace.