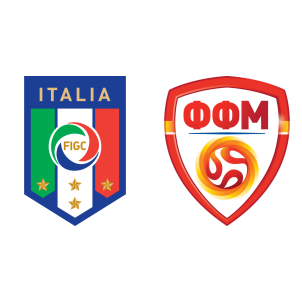 Italy are placed second in Group G with nineteen points, trailing the leaders Spain by three points, and although the battle for direct qualification isn’t over yet, Italy’s realistic chances are to qualify for the play-offs.

While Italy have easy fixtures against Macedonia and Albania, Spain are unlikely to drop points as well, especially with their home game against Albania and their last group match away at Israel.

Macedonia, already eliminated, have seven points, with their only win coming against Liechtenstein, but they put up a valiant performance in their 2-3 defeat to Italy in the reverse fixture.

“It’ll be a challenging game, Macedonia have a lot of quality going forward so it won’t be easy. We have to stay focused throughout the game. We’ll face the playoffs with great confidence and respect for our opponents. Certain voices mustn’t affect us. Criticism? We lost to Spain, one of the best teams in modern football.”

According to Italy vs Macedonia H2H Stats, Italy won the only previous competitive fixture between these two nations. While Macedonia might prove to be a tricky side to beat, the onus is on Giampiero Ventura’s side to make their mark and secure a play-off position by winning tonight.

Should they fail to win tonight, questions are bound to be raised, especially after their 3-0 defeat to Spain in the previous international break. A 2-0 win for Italy is the most probable outcome.