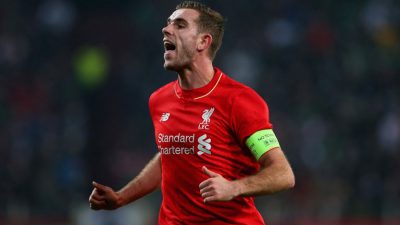 Liverpool vs Leeds – Liverpool host Leeds at the Anfield on 29th November, Tuesday in the quarter-finals of the League Cup. Liverpool are struggling with injuries to a number of key players, but Jurgen Klopp’s side are expected to win comfortably courtesy their superb form.

Liverpool defeated Tottenham Hotspur 2-1 in the previous round while Leeds relied on a penalty win after a 1-1 draw at home against Norwich City to reach the last eight of the League Cup.

Philippe Coutinho suffered a massive ankle injury in the weekend which rules him out alongside Daniel Sturridge (calf) and Danny Ings. Roberto Firmino, carrying a minor knock, is unlikely to be risked as well. Sheyi Ojyo and Joseph Gomez are yet to regain match fitness while Adam Lallana will be facing a late fitness test.

Leeds will be without the injured Liam Bridcutt and Pablo Hernandez but Pontus Jansson returns from suspension.

“It’s a historic fixture in English football and we have to respect that. We’re under no illusions. It’s a very difficult game for us. It’s a great challenge, that’s how we have to look at it. Our young players have a bit of freedom to go there. We’re under no pressure. The odds are against us, but we have good belief in ourselves.”

According to Liverpool vs Leeds H2H Stats, Liverpool have won four of their last five meetings with Leeds, with only one game ending in a draw. The last time these two clubs came face to face was in a League Cup fixture back in 2009, when Liverpool won 1-0.

Leeds have lost nine of their past 11 League Cup games against Premier League opposition, including each of the four away games within this period.

Jurgen Klopp has won six of the eight League Cup games he has been in charge of and no other team has scored as many goals as Liverpool have in this season of the League Cup. The Kops are likely to win 3-0 tonight.