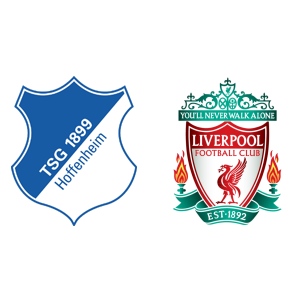 Hoffenheim vs Liverpool – Liverpool travel to Rhein-Neckar-Arena on 15th August, Tuesday to face Hoffenheim in the first leg of their UEFA Champions League qualifying play-offs.

Liverpool began their English Premier League campaign with a 3-3 draw against Watford in the weekend. Liverpool have strengthened their forward line with Mohamed Salah’s arrival but are facing a difficult task of keeping Philippe Coutinho at Anfield.

Hoffenheim begin their Bundesliga campaign this coming weekend against Werder Bremen. Liverpool’s Robert Firmino returns to his former club, where the Brazilian learned the tricks of trade as well as became one of the finest forwards in Europe.

Hoffenheim do not have any injury or suspension concerns but Liverpool will be without the injured Adam Lallana, Nathaniel Clyne, Daniel Sturridge and Danny Ings. Philippe Coutinho has also been left out of the Liverpool squad.

“We are here, in a good mood, looking forward to the game but aware of the qualities of the opposition and the difficulty of the game. But it is just good to be here and to have the chance even though we know it is really hard.

We know much more about Hoffenheim than you can know. We have opponents who are confident and aggressive.”

According to Hoffenheim vs Liverpool H2H Stats, these two clubs have never met each other before in a competitive fixture. Liverpool have not won any of their previous five UEFA Champions League matches but are the favorites tonight.

A 2-1 win for the visitors is the most likely result.