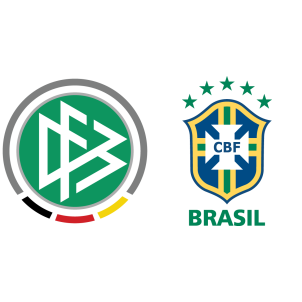 Germany vs Brazil – Germany play Brazil at the Olympiastadion, Berlin on 27th February, Tuesday in an international friendly. This is the first meeting between these two nations since Germany’s 7-1 demolition of Brazil in the 2014 FIFA World Cup which Joachim Low’s side eventually won.

Germany played out a 1-1 draw against Spain in their previous friendly while Brazil defeated Russia in a comprehensive 3-0 win.

This will be the final opportunity of preparation ahead of their respective FIFA World Cup campaigns when both teams could try out the newer players for the next time either nation plays an international friendly will be in June.

Emre Can, Thomas Muller and Mesut Ozil have returned due to injuries while Marc-Andre ter Stegen and Sami Khedira are carrying knocks and are unlikely to feature. Brazil will be without Alex Sandro and Filipe Luis.

“The current Brazilian team is not comparable to that of 2014. The 7-1 is no longer an issue for us – just having the two sides play against each other is special.

Brazil are definitely one of the favourites for the World Cup. The Brazilians are very emotional, and they hold football in such a high regard, it gives them such a zest for life and has an almost spiritual meaning for them.”

According to Germany vs Brazil H2H Stats, the last five games between these two nations have resulted in two wins and two losses for either side and one draw.