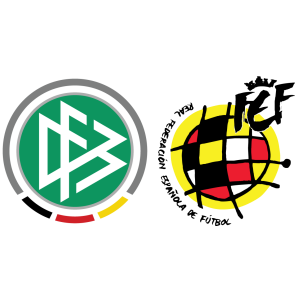 Germany U21 vs Spain U21 – The U21 sides of Germany and Spain face each other at the Marszałek Piłsudski Stadium, Kraków on 30th June, Friday in the finals of the U21 UEFA Euro.

Germany defeated England on penalties after a 2-2 draw after extra-time while Spain wee victorious over Italy in a 3-1 result. Spain had earlier topped Group B with nine points while Germany had finished second in Group C, trailing Italy on goal difference only.

Niklas Stark will face a late fitness test but Spain do not have any injury or suspension concerns.

“I think they’re great opponents.  Miracles don’t exist, there is a lot of talent there and we have to do something more than we did against Portugal and Italy. We are prepared to face Germany with the best mentality.”

According to Germany U21 vs Spain U21 H2H Stats, the last three matches between the U21 sides of these two nations resulted in a draw and two wins for Spain. In fact, Spain are unbeaten in their last 13 matches and have won their last six games on the trot.

Spain are the strongest contenders for winning the U21 UEFA European Championship but Germany have been right on the money all though the tournament.

A 2-1 win for Spain is the most likely result.