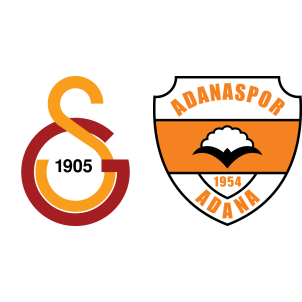 Galatasaray are fourth in the Super Lig standings with forty six points while their opponents Adanaspor are seventeenth with twenty points. With league leaders Besiktas on fifty eight points, Galatasaray are unlikely to be realistic title contenders hereafter, but are battling to hold on to Europa League qualification for next season.

Adanaspor won 2-1 against Akhisar Belediyespor in their last league outing after five consecutive losses, but are still deeply entrenched in the relegation zone and are one of the favorites to get relegated this season.

Galatasaray are in a poor stretch of form with only two wins in their previous six league fixtures and are coming off a 2-0 loss to Trabzonspor.

Bruma, Serder Aziz, Aurelien Chedzou, Koray Gunter and Eren Derdiyok are sidelined through injuries. The visitors will be without the suspended Roni and the injured Reynaldo Silva.

According to Galatasaray vs Adanaspor H2H Stats, the last five matches between these two clubs ended in three wins for Galatasaray and two draws. In fact, Adanaspor have never defeated Galatasaray in the eleven meetings in all competitions so far.

There have been over 2.5 goals scored in seven of Galatasaray’s last eight home games. Galatasaray’s defence is struggling and have conceded at least two goals in their previous three league fixtures.

Galatasaray are the clear favorites but their current form gives Adanaspor an outside chance. A 3-1 win for Galatasaray is the most likely result but Adanaspor might give the Turkish giants a close run for their money.