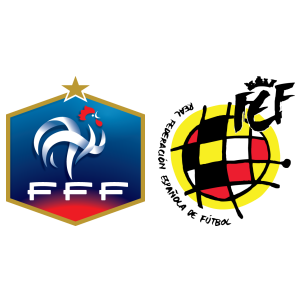 France vs Spain – France hosts Spain at the Stade de France on 27th March, Wednesday in an international friendly as the international break continues.

France are coming off a 3-1 win over Luxembourg in the 2018 FIFA World Cup qualifiers for the UEFA-affiliated nations, as a result of which they are still top of Group A. Spain, meanwhile, have thirteen points and are in the first position in Group G, ahead of Italy who have an equal number of points.

The battle with France will be a good test for Spain ahead of the crucial tie against Italy in October.

Paul Pogba, Adil Rami and Djibril Sidibe are sidelined through injuries for France while Spain do not have any injury concerns. Diego Costa has been declared fit after an injury scare in their last game.

“We could have scored more goals and also put ourselves in less difficulty on fewer occasions. But the main thing is that we have taken three points and scored three goals, so that is pretty positive.”

According to France vs Spain H2H Stats, the last five games between these two nations ended in three wins for Spain, one win for France and a draw.

It should be a closely contested affair and a 1-1 draw is the most likely outcome of this high-profile friendly match.