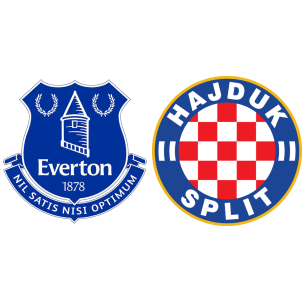 Everton have strengthened tremendously in the transfer window this summer, with Gylfi Sigurdsson set to join the Toffees as well, although the former Swansea player will not be available tonight.

Ross Barkley, Ramiro Funes Mori, James McCarthy, Yannick Bolasie and Seamus Coleman are all sidelined through injuries. Hajduk Split do not have any injury or suspension concerns.

“We don’t reserve people for Monday. We like to be part of Europe. We will put a strong team in. We know a lot about them. We have videos of them. They do not have any secrets from us and we do not have any from them. They are physically strong at the back.”

According to Everton vs Hajduk Split H2H Stats, these two clubs have never faced each other before in a competitive fixture.

Everton have won five of their last six matches in the UEFA Europa League while Hajduk Split are undefeated in nine of their previous ten games in this competition. Everton hold the advantage in the first leg but the Croatian club are far from being pushovers and will prove to be a tough challenge for the English club.

A 1-0 win for Everton is the most likely outcome tonight.