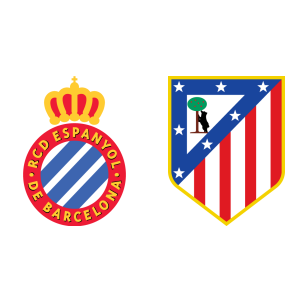 Atletico Madrid are placed second in the La Liga standings with thirty-six points, trailing league leaders Barcelona by six points. A win tomorrow could help Diego Simeone’s side close the gap especially as Barcelona travel to Santiago Bernabeu on Saturday.

Espanyol have struggled in the league and are placed sixteenth in the league table with seventeen points, having won only one of their last six games. They drew 2-2 at Las Palmas in their last game, while Atletico Madrid defeated Alaves 1-0.

Victor Sanchez is suspended for Espanyol while Atletico Madrid will be without the ineligible Diego Costa.

“We’re playing well and we have to keep it up. They [the fans] know we need them in order to have the same atmosphere we had in the Vicente Calderón. This is our new home and we have to fill it up with trophies and wins.”

Atletico Madrid are undefeated in their last twenty away matches in the La Liga, keeping a clean sheet in the previous five away fixtures. Diego Simeone’s side are the clear favorites tomorrow and should be winning easily, a 2-0 result in favor of the visitors being the most probable outcome.