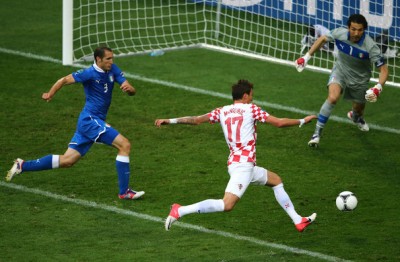 Niko Kovac confirmed the absences of Real Madrid midfielder Luka Modric through injury and Vedran Corluka (Lokomotiv Moscow) due to a suspension.

Italy will not be at full strength with Giorgio Chiellini, Andrea Barzagli, Simone Zaza, Daniele de Rossi and Luca Antonelli injured. Marco Verratti has been ruled out as well, after the Paris Saint-Germain midfielder failed to recover from his calf problem in time. Gianlucci Buffon has picked up a knock on his left elbow but should be fit to start the match, or else Salvatore Sirigu will come into the starting eleven.

Italy have been on the rise since their group-stage exit in 2014 FIFA World Cup, winning five and drawing three matches after Antonio Conte took over. But the Azzuri have won only once out of the eight times they have faced Croatia. In spite of absence of Luka Modric, the Croats are confident of holding the Azzuri to a draw. The reverse fixture in the qualifiers was a 1-1 affair and it is likely this particular match will sport the same scoreline.