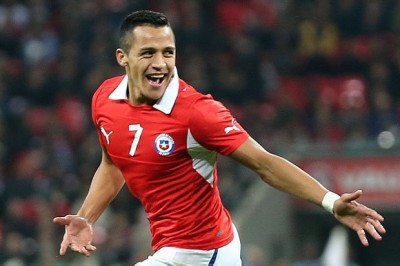 The host nation Chile will kick start the 2015 Copa America with their Group A fixture against Ecuador on Thursday at Estadio Nacional in Santiago.

For Chile, Esteban Paredes (forward) and Carlos Carmona (midfielder) have been ruled out of the entire tournament through injuries. Arturo Vidal’s inclusion in the first match will depend on his fitness assessment post the UEFA Champions League final in Berlin.

Ecuador will be without the services of Antonio Valencia (winger), Felipe Caicedo (forward) and Michael Arroyo (midfielder). While Valencia underwent an ankle surgery, the other two are still recuperating from their injuries.

Chile have been four times runners-up previously, in 1955, 1956, 1979 and 1987. Although the South American side has been a constant feature at national tournaments, the current team under the guidance of Jorge Sampaoli is one of the best ever. Many football pundits have predicted the La Roja to be the dark horse of the 44th edition of Copa America, especially after their performance in the 2014 FIFA World Cup, when they knocked out Spain. Sampaoli has integrated a high-tempo pressing style of play among the Chileans, which has proved easy on the eyes as well as effective over the time.

Ecuador have failed to progress to the knockout rounds of the Copa America since 1997 and have very less to show for their pursuits, in spite of qualifying in three of the last four World Cups. Gustavo Vinteros have been in charge of La Tri only for a few months, but has some quality talent in his hands, in the form of Enner Valencia and Jefferson Montero. Under Vinteros, Ecuador have won two and drew one in the last five friendly internationals and the veteran manager would hope to change the fortunes of the country which has gone on a nine-game winless streak since 2001.

Alexis Sanchez holds the key to the fortunes of this Chile side. The Arsenal man is coming off a brilliant season and Chile will hope he continues his club form for the national side. For Ecuador, Enner Valencia seems the brightest spot, with the winger enjoying an excellent debut Premier League season as well.

Chile should comfortably beat Ecuador by a margin of 3-1.