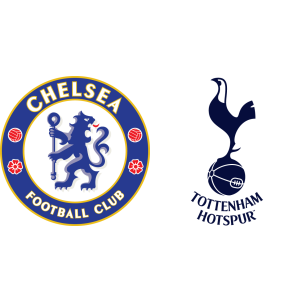 Both these clubs are four points apart in the English Premier League standings, with the title race set to go down to the wire, and winning the semi-finals will not only provide the winners a chance for a silverware, but also hand them with a psychological advantage in the title race.

Manchester City and Arsenal play each other in the second semi-final on Sunday.

Gary Cahill is sidelined through an injury while Marcos Alonso, Diego Costa, and Victor Moses will face late fitness tests.

Tottenham Hotspur will be without the injured Danny Rose, Erik Lamela, and Harry Winks.

“Tottenham now is a really great power in English football. There is a moment you have to finish considering yourself an underdog. I think this is the right moment.”

“I think if there is one favourite it’s Chelsea because they are top of the table, because of the experienced players and the manager that they have.We are talking about one of the best teams in Europe. But we are in a good moment, too, and we are hungry to challenge this type of team.”

According to Chelsea vs Tottenham Hotspur H2H Stats, the last five matches between these two clubs in all competitions have resulted in two wins for Chelsea, one win for Tottenham and two draws.

Spurs have won six of their last seven FA Cup games and are likely to win 2-1 tonight.