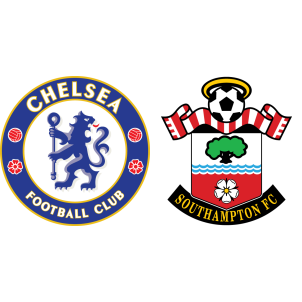 Chelsea vs Southampton – Chelsea hosts Southampton at the Stamford Bridge on 25th April, Tuesday in an English Premier League fixture crucial for the outcome of the title race.

The 2-0 loss at Old Trafford in their previous league outing has left Chelsea reeling, especially with Tottenham Hotspur’s excellent form in the business end of the season. Antonio Conte’s side have seventy five points after thirty two matches and are leading Spurs by only four points.

Southampton have forty points with seven games left to play and are eleventh in the league standings. They are coming off a 3-0 loss at the hands of Manchester City and have won only three of their six previous league matches.

Gary Cahill has returned to training but could start on bench once again. Willian will face a late fitness test. Southampton will be without the injured Virgil van Dijk, Alex McCarthy, Sam McQueen, Matt Targett and Charlie Austin but Oriol Romeu returns from suspension.

According to Chelsea vs Southampton H2H Stats, the last five matches between these two clubs have resulted in two wins for Chelsea, one win for Southampton and one draw.

Chelsea must absolutely win tonight but Southampton will prove to be a tricky opponent – a 2-1 win for Chelsea is the most probable result although a draw cannot be ruled out either.