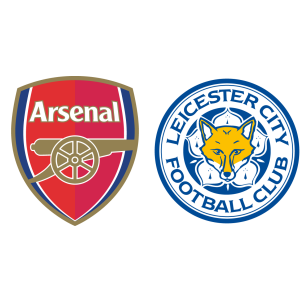 Arsenal are in an uphill battle to finish in the ‘top four’ and qualify for next season’s UEFA Champions League as they are currently placed seventh in the league standings with fifty-seven points.

The defending champions Leicester City have had their brush with the relegation zone and are now fifteenth in the league with thirty-seven points. Leicester played a 2-2 draw with the in-form Crystal Palace in their last game.

Arsenal are coming off a morale-boosting 2-1 win over Manchester City in the FA Cup and must win tonight to keep any hopes alive for finishing in the top four.

David Ospina, Lucas Perez, Santi Cazorla are sidelined through injuries while Skhodran Mustafi and Alex-Oxlade Chamberlain are listed as doubts.

The visitors will be without the injured Molla Wague, Islam Slimani and Nampalys Mendy.

According to Arsenal vs Leicester City H2H Stats, the last five matches between these two clubs resulted in three wins for Arsenal and two draws.

While Arsenal have won their last six home matches against Leicester City in all competitions, the Foxes have failed to win seventeen of their last eighteen aways matches in the Premier League.

While Leicester have conceded a minimum of two goals in their last four away games, Arsenal have scored at least two goals in five of their previous six home games.

Arsenal are likely to win 2-1 tonight.