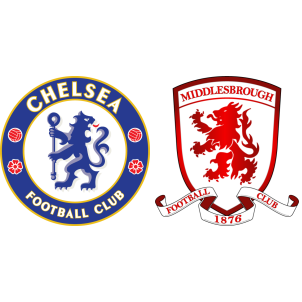 Chelsea vs Middlesbrough – Chelsea hosts Middlesbrough at the Stamford Bridge on 8th May, Monday in an English Premier League fixture which could help them move closer to securing yet another league title.

Middlesbrough, nineteenth with twenty-eight points, are in desperate need for points and will be hungry for a win to avoid relegation. The Boro secured a 2-2 draw against Manchester City in their last game while Chelsea defeated Everton 3-0 in a massive away fixture for Antonio Conte’s side.

David Luiz and N’Golo Kante will face late fitness tests. Middlesbrough have a few injury concerns in Grant Leadbitter, Victor Valdes and Daniel Aybala but they are likely to be available for the game.

According to Chelsea vs Middlesbrough H2H Stats, Chelsea have won all of their previous five matches against Middlesbrough. Middlesbrough have failed to win their last 16 away matches in the Premier League.

Chelsea have lost only two of their home games this season and are likely to win 1-0 tonight.