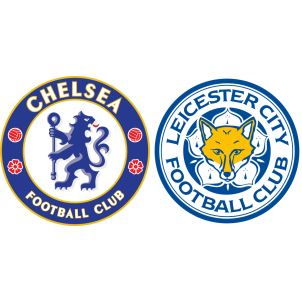 Chelsea are third in the league standings with forty-six points while Leicester City are eighth in the league table with thirty points. Chelsea are yet to win this year, having played out three draws in their first three matches of the 2018, two of them coming against Arsenal.

Goals have been a problem for Antonio Conte’s side with both Alvaro Morata and Eden Hazard misfiring and Chelsea are in desperate need of a source of goals.

Ross Barkley is unlikely to feature, but Chelsea do not have any other injury or suspension concerns. Leicester City will be without the injured Danny Simpson, Wes Morgan, Robert Huth while Christian Fuchs will face a late fitness test.

“I think it is good to have technology, especially in key moments. It might be against you, it might be for you. When you can win the game in the last minute with a penalty that is not awarded but then after it is, you will be happy, or if not you will have another feeling.”

According to Chelsea vs Leicester City H2H Stats, Chelsea have won three and drawn two of their last five meetings with Leicester City.

Chelsea have scored at least 2 goals in twelve of their last fourteen matches against Leicester City in all competitions. Chelsea are struggling to get on the scoresheet and Leicester City will be a tricky challenge for the Blues.

A 1-1 draw is the most probable outcome.