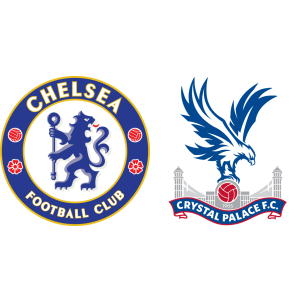 Chelsea vs Crystal Palace – Chelsea hosts Crystal Palace at the Stamford Bridge on 1st April, Saturday in an English Premier League fixture as the international break draws to a close.

Chelsea have taken a ten-point lead in the title race as they have amassed sixty nine points after twenty eight games, ten more than the second-placed Tottenham Hotspur. The Blues won 2-1 against Stoke City before the international break to make it four wins out of their last six games.

Crystal Palace have also secured four wins in their last six matches and are now sixteenth with twenty eight points.

“This week we were faced with a lot of problems. Tomorrow will be a very difficult game for us for many reasons. We must pay great attention. It’s a game of fundamental importance. Don’t forget there are 10 games to play and we hope to finish the season with great success for us, for the club and for the fans.”

There have been over 2.5 goals scored in eleven of Chelsea’s last thirteen home games in the Premier League. A 2-1 win for Chelsea is the most likely outcome.