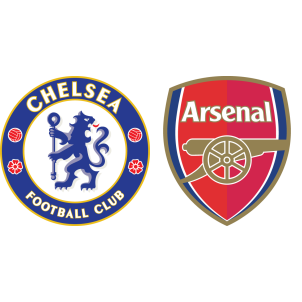 Chelsea recovered from their shocking start to the season with three consecutive wins against Tottenham Hotspur, Everton and Leicester City. Antonio Conte’s side dispatched Qarabag with ease in the midweek but face the first big test of their hectic schedule when Arsenal visit this afternoon.

Chelsea are placed third in the league standings with nine points, while Arsenal are twelfth with six points. The 3-0 win against AFC Bournemouth last week helped stem the rot after consecutive defeats against Stoke City and Liverpool.

Daniel Drinkwater is Chelsea’s only injury concern while Arsenal will be without the injured Francis Coquelin and Santi Cazorla. Theo Walcott will face a late fitness test.

“We’ll be focusing on the game. We’ve already made a good start to the season and we’re at home as well so it’s not a match that we can afford to lose and our objective remains based just on what happens on the field of play.”

According to Chelsea vs Arsenal H2H Stats, Arsenal have won three and drawn two of their previous five meetings with Chelsea in all competitions. In the Premier League, however, Chelsea have won three of their last five games against the Gunners.

Moreover, Chelsea have won their last 5 home matches against Arsenal in all competitions. It should be a closely contested affair, but a 2-1 win for Chelsea is the most likely result.