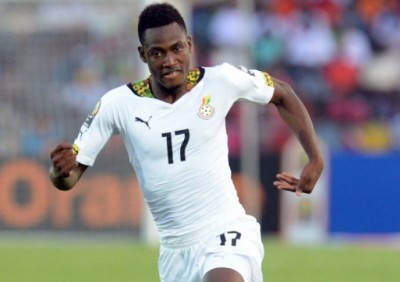 Chelsea have announced the signing of left-back Abdul Baba Rahman from FC Augsburg for a rumoured transfer fee of €20m. The Ghanaian defender had been linked to Chelsea all through out the summer and agreed personal terms earlier this month, but the Premier League champions were unable to reach an agreement with the Bundesliga club.

The news of the transfer going through broke out in German media reports, just after Chelsea’s loss against Manchester City and the clubs confirmed soon after. Baba Rahman, at 21, was one of the most sought-after young fullbacks in Europe last season. Having begun his career at Dreamz FC in Ghana Division Two, Baba Rahman has swiftly risen to prominence. An excellent loan spell with the Kimasu-based Asante Kotoko in the Ghanaian Premier League drew interest from various Premier League and Serie A clubs, but the player joined SpVgg Greuther Furth in 2012. Augsburg signed him for relative peanuts from the second division German side and Baba Rahman immediately locked down a starting position as the left back.

Baba Rahman registered the most successful tackles in Bundesliga last season and is as comfortable going forward as he is defending in one-on-one situations. Rahman also brings fresh blood into the Chelsea squad, which has looked bereft of ideas in the recent weeks.

It is unlikely Baba Rahman would start straight away for the London club, but Chelsea have purchased one of the brighter young defensive talents in Europe at the moment, which will definitely help in distant future.