AS Roma vs AC Milan – Serie A – Preview 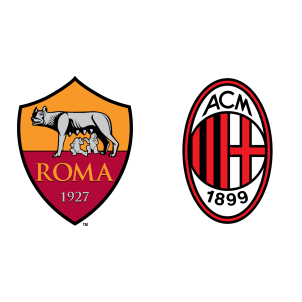 AS Roma vs AC Milan – AS Roma hosts AC Milan at the Stadio Olimpico, Rome on 25th February, Sunday in a crucial Serie A fixture.

AS Roma are fifth in the Serie A standings with fifty points and have recovered some semblance of form with three consecutive league wins, which includes a 2-0 win over Udinese in their last game.

AC Milan are seventh in the league table with forty-one points and are unbeaten in their previous six league outings, securing a 1-0 win over Sampdoria in their last game.

Maxime Gonalons and Rick Karsdorp are sidelined through injuries for AS Roma while AC Milan will be without Andrea Conti and Marco Storari.

“Our schedule is tough but I focus on one match at a time. We can still do better. If we want to do well against the top sides, we have to improve a little bit more. We create many opportunities but we don’t always make them count. We must improve in finishing.

We must continue playing as we are and keep up the enthusiasm. We must be aware of our limits but not be afraid. We have to bring this team back to where it has been for so many years.”

According to AS Roma vs AC Milan H2H Stats, the last five matches between these two clubs have resulted in four wins for AS Roma and one draw.

AS Roma have seen under 2.5 goals in their last 4 home matches against AC Milan in all competitions. It should be a closely contested affair with a 1-1 draw being the most likely outcome.