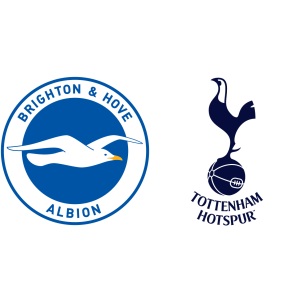 Brighton are thirteenth in the Premier League standings with thirty-five points and three losses in their last four matches mean they are not yet safe from relegation this season, hovering just seven points above the relegation zone.

Tottenham Hotspur, fourth in the Premier League standings with sixty-seven points lost to Manchester City in their previous league outing but are the clear favorites tonight.

Davy Propper is suspended and Steve Sidwell is injured. Harry Winks, Kyle-Walkers Pieter and Danny Rose miss out for the visitors.

“There are a lot of games still to play and now is the moment maybe to rotate players that are tired. Of course, we need fresh legs to try to get our objectives. He is one of the players working hard to try to take the opportunity and maybe tomorrow is a good opportunity for him to play a little bit more.’

According to Brighton vs Tottenham Hotspur H2H Stats, Tottenham have won four and lost only one of their previous five competitive fixtures against Brighton & Hove Albion, the loss coming in the 1982/83 season.

Tottenham have won their last four away games in the Premier League but Brighton are motivated to earn a positive result of some sorts. Although Tottenham Hotspur are likely to win, it is expected to be a closely fought contest.

A 1-0 win for the visitors is the most probable result of this game.