Belgium vs Japan: Tale of the Tape.

← Brazil vs Mexico: The South Americans Clash
Sweden vs Switzerland: Who will make the cut? → 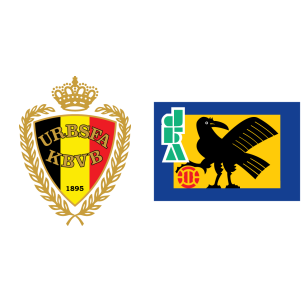 Belgium vs Japan will be playing later today in the Rostov Arena a few hours after Brazil face Mexico. Belgium has a commanding advantage over Japan and they will look to express their superiority in this game. Japan have a a had task ahead of them given they qualified for this knock out stage because they were a more disciplined side. They edged out Senegal from proceeding because Senegal had more yellow cards than them.

Whereas Belgium won all their group stage matches and came out on top even after their coach played their reserve players against England and still won. This was after he had declared that winning against England was not a priority for them. Japan are going against a confident and experienced team with players who know how to win.

Japan will look to use some of the statistics they have collected to gain an advantage against Belgium. They played a 4-3-2-1 formation against Colombia and won and we may see a repeat of this during this match up. Japan may hurt themselves if they decide to play a defensive game given the quality of players Belgium pose. They are physically gifted and they can bully the Japanese defenders. If both teams adopt an open play style of football we will have an exciting match in our hands.

Belgium are meeting the lowest ranked team remaining in the competition outside the hosts but they are not taking them for granted. Their mercurial striker, Romelu Lukaku, is back from the ankle injury and is looking to continue his goal scoring streak. They also have a 22 match winning streak to protect and if they carry on as they have, it will be no surprise if they make it to the finals. They have played Japan five times before and they won once. This statistic may look like a game changer but they have an upper hand as their last match against Japan was just in November and they won.

Belgium vs Japan will be a test for Japan to prove that they are not in this position by mistake but they are meeting a Belgian side that wants to continue their stellar performance beyond this stage. So we may have one of the best knockout stages game in the tournament in our hands. The 2018 World Cup has been one of upsets and given the circumstances i will not be surprised if this is the case.