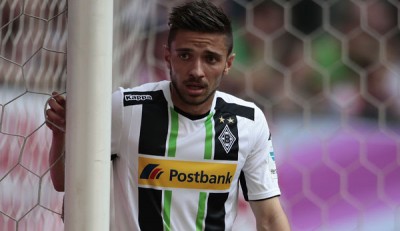 Borussia Monchengladbach will face Werder Bremen in the first Bundesliga fixture of the weekend on Friday, 5th February at the Borussia Park in Monchengladbach. A contest between two clubs at the opposite spectrum of the league standings, both sides are struggling with injuries and suspensions.

Monchengladbach sit on the sixth position in league standings with twenty nine points, having lost two out of their last four matches. Werder Bremen are ten points and ten places behind, on a lowly sixteenth, with only one victory in last six games.

Patrick Hermann, Nico Schulz, Andre Hahn, Alvaro Dominguez and Tony Jantschke are sidelined with injuries for Monchengladbach while Mahmoud Dahoud could return from a hand injury. Granit Xhaka is suspended.

The visitors will be without the injured Raphael Wolf, Aaron Johannsson, Janek Sternberg, Philipp Bargfrede, Florian Grillitsch, Ulisses Garcia and the suspended Santiago Garcia. Sambou Yatabare is ineligible to play as well.

“We need to take our chances more efficiently. At the moment, we’re incredibly wasteful, which we need to change on Friday. I think it’s important for us to score the first goal ourselves because from a psychological point of view, it’s a lot easier when you’re in the lead and not chasing the game.”

“After a good start, we’re going to Gladbach full of confidence. They’ll certainly have a lot of respect for us given that we’ve already beaten them twice this season. Gladbach will certainly be well prepared for us. We’ll see if we can bring anything new.”

According to Head-2-Head statistics, the previous six meetings between these two clubs have ended in three wins for Werder Bremen and two wins for Borussia Monchengladbach. While the home side have struggled with the finishing aspect of the game, Bremen has performed poor defensively.

Although Werder Bremen are likely to create more chances, Borussia Monchengladbach are expected to dominate possession and score from wingplay. On current form, the match is likely to end in a draw with 2-2 being the most probable result.