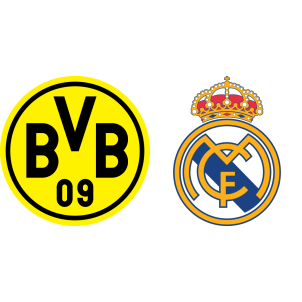 Real Madrid sit atop Group H with three points and a superior goal difference, having defeated APOEL Nicosia 3-0 in their first game. Borussia Dortmund, on the other hand, are in search of their first points in this season’s UEFA Champions League.

The German club fell to a 3-1 defeat at the hands of Tottenham Hotspur at the Wembley in their first game and are now placed third in the group.

The visitors have a lengthy list of absentees as well with Karim Benzema, Jesus Vallejo, Marcelo, Theo Hernandez and Mateo Kovacic missing out due to injuries.

“We’re in good shape. We come here on the back of a win and I’m pleased to once again be involved in a Champions League game at what’s a fine stadium. We’re ready for tomorrow’s game. This is a stadium that simply oozes Champions League and winning here represents a challenge for us.”

Real Madrid are undefeated in 25 of their last 28 matches in the UEFA Champions League and are the clear favorites tonight, although Borussia Dortmund have been strong at home this season.

A 2-1 win for Real Madrid is the most likely result.