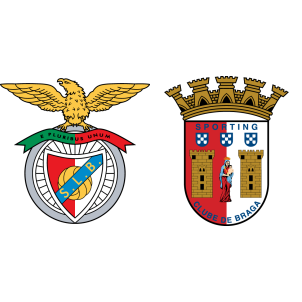 Benfica vs Braga – Benfica hosts Braga at Estadio da Luz in Lisbon on 9th August, Thursday in their first Primeira Liga match of the season.

Benfica are the defending champions after they won the Primeira Liga last season with eighty-two points, finishing six points ahead of the second-placed Porto. Braga were fifth in the league standings and have secured qualification to the UEFA Europa League.

Benfica have lost two of their key players – Victor Lindelof and Nelson Semedo this summer, but will still be a force to reckon with and are one of the pre-season favorites.

Andrija Zivkovic, Andre Carrillo, Andre Horta and Kostas Mitrglou are sidelined through injuries for Benfica but Braga have a completely healthy squad to choose from.

“With regard to Braga, I have the conviction that from what I have seen and know from their players, as well as from the quality of their coach and structure, that we will have a difficult challenge against a good team, a strong team that started well.

Our thirst to win is very visible in the eyes of everyone – when the competitive bug enters in our head, everything is different. We know that we will have more than 65 thousand people. It is cause for satisfaction and demand. It carries to us this ambition to win the championship which is what we want.”

According to Benfica vs Braga H2H Stats, Benfica have won their last five matches against Sporting Braga. In fact, Braga have won only two of their previous fifteen meetings with Benfica.

Benfica are undefeated in their last twenty-three home matches in the league and were prolific scorers at home last season.

A 2-1 win for Benfica is the most likely result tonight.