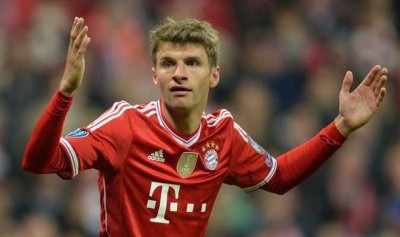 Bayern Munich vs PSV Eindhoven – Bayern Munich host PSV Eindhoven at the Allianz Arena in Munich on 19th October, Wednesday for Matchday 3 of the UEFA Champions League. A 1-0 loss at Vicente Calderon has placed the Bundesliga champions in the second position behind Atletico Madrid.

Carlo Ancelotti’s side must win at home against PSV Eindhoven, who are third in the table with one point, or else qualification for the knockouts could become tricky for the German club.

PSV Eindhoven lost at home to Atletico Madrid in their first game and played out a thrilling 2-2 draw at FC Rostrov.

Franck Ribery is Bayern Munich’s only injury concern. PSV Eindhoven will be without the injured trio of Jorrit Hendrix, Jurgen Locadia and Luuk Koopmans.

“We are under a bit of pressure at the moment, we want to finish first so we need to beat PSV. It’s at home, we know we are favourites, but we’re not so happy with our performances recently and we know tomorrow won’t be easy.”

According to Bayern Munich vs PSV Eindhoven H2H stats, the previous two meetings between these two clubs have resulted in one win for either side. The overall record however favors the Bundesliga side who has won four and lost only one in six encounters.

Bayern Munich hold the UEFA Champions League record of thirteen consecutive home victories and will start as favorites. A 2-0 win for Bayern Munich is the most likely result.