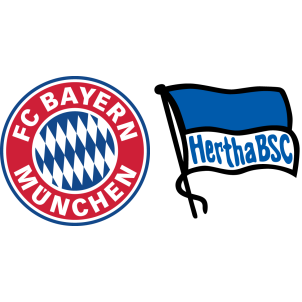 Bayern Munich sit atop the Bundesliga standings with fifty-nine points from twenty-three games and won 2-1 against Wolfsburg in their last game. Bayern Munich are also coming off an impressive win over Besiktas in the UEFA Champions League in midweek.

Hertha Berlin are eleventh in the league standings with thirty points and have won only one of their last six games, losing 0-2 to Mainz 05 in their previous league outing.

Manuel Neuer, James Rodriguez and Jerome Boateng are sidelined through injuries for Bayern Munich while the visitors have a lengthy list of absentees with Sinan Kurt, Vedad Ibisevic, Julian Schieber and Arne Maier ruled out due to injuries and lack of fitness.

“I think the players want to keep picking up points and having success in the league. I have no concerns about the players letting their concentration levels drop. Hertha are an aggressive side who battle hard and play with discipline. It certainly won’t be easy.”

Bayern Munich are undefeated in their last thirty-three home matches in the Bundesliga and are likely to win tomorrow.