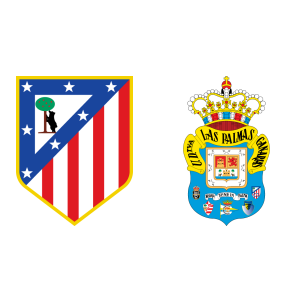 After a dismal start to their domestic campaign, Atletico Madrid are now placed second in the league standings with forty-three points, behind only Barcelona who have been pretty much unstoppable this season. Atletico Madrid played out a 1-1 draw at Girona last week.

Las Palmas are one of the favorites for relegation this season, the nineteenth-placed team having accumulated only fourteen points after twenty matches. In a shocking result, they won 2-1 against Valencia in their previous league outing after a string of three consecutive losses.

Felipe Luis, Diego Godin and Sime Vrsjalko are sidelined through injuries for Atletico Madrid while Las Palmas will be without the injured Sergi Samper, Michel, Pedro Bigas and Momo.

“The responsibility is all mine. There are still four months left in season and between the league and the Europa League, we’ll keep competing like we always have.”

According to Atletico Madrid vs Las Palmas H2H Stats, the last five matches between these two clubs have resulted in four wins and one loss for Atletico Madrid. Atletico Madrid are unlikely to catch up with league leaders Barcelona who are in a tremendous form, but Diego Simeone’s side look assured to qualify for next season’s UEFA Champions League.

Las Palmas recovered some semblance of form in their last game but are unlikely to trouble Atletico Madrid at Wanda Metropolitan. A 1-0 win for Diego Simeone’s side is the most probable outcome.