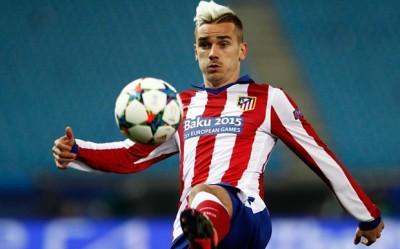 Atletico Madrid will host the struggling Getafe at Vicente Calderon with an intention to leapfrog ahead of the others in the La Liga table as the likes of Barcelona and Real Madrid do not play until Wednesday.

Diego Simeone’s side has made a comfortable start to the new campaign, except for a loss against Barcelona. The top six in La Liga are neck to neck, with all the contenders for European places having made winning starts to their season. Getafe, meanwhile, managed to finally open their account in a 1-0 victory over Malaga after three consecutive losses in the first three games of the season.

The contest throws up certain intriguing gameplay statistics, as Atletico Madrid are weak in defending set pieces, while Getafe on the other hand, create majority of their scoring chances by attacking set pieces. Atletico Madrid have a number of technical players in their squad whose individual skill can trouble the Getafe defense, which has been prone to errors this season.

Diego Simeone will be without Koke, who has been ruled out with a hamstring injury. Getafe have Emi Buendia, Pablo Sarabia (both knocks) and Roberto Lago (muscular problem) listed as doubtful.

“They [Martinez and Vietto] are working very well and we are a team in which individuals are at the service of the whole squad.”

“On Tuesday we know have a difficult game. Atletico are in another league – they will be favourites. We want to get the three points from Calderon. It will be difficult, but not impossible.”

According to Head-2-Head statistics, Atletico Madrid has won 58% of its encounters with Getafe till date. The home side should win in a convincing fashion, 3-0 being the most probable scoreline.