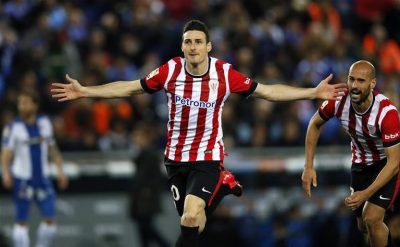 Athletic Bilbao vs Real Sociedad – Athletic Club Bilbao take on Real Sociedad at the San Mames on 16th October, Sunday in their eighth La Liga fixture of the season.

The Basque derby is one of the crucial fixtures for both clubs involved, with an added incentive of three points to improve their league standings. Athletic Club Bilbao are on the seventh position in league standings – with twelve points from their four consecutive wins which was followed by a 2-1 defeat to Malaga just prior to the international break.

Real Sociedad have amassed ten points in their La Liga campaign so far, their last outing resulting in a 1-0 win over Real Betis at home.

Ager Aketxe is injured while Mikel Balenziaga is suspended for Athletic Club Bilbao. Benat and Eneko Boveda are doubtful and expected to face late fitness tests. For the visitors, Aritz Elustondo returns from suspension but Imanol Agirretxe is sidelined through an injury. Hector is listed as a doubt as well.

“This isn’t about revenge. We want to win the three points. We will try to compete the same as always. We want to compete throughout the year, not in just one specific game. We haven’t analysed (recent matches against Sociedad) in great detail. We always try to win the derbies and in recent years we haven’t done well enough.”

According to Athletic Bilbao vs Real Sociedad H2H Stats, the last five La Liga matches between these two clubs have resulted in four draws and one win for Real Sociedad. In fact, Real Sociedad are undefeated in their last eight matches against Athletic Club in all competitions.

It should be a closely contested affair but Athletic Bilbao are likely to win 2-1 based on current form.