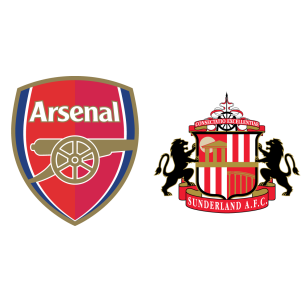 Arsenal vs Sunderland – Arsenal hosts Sunderland at the Emirates on 16th May, Tuesday in a crucial English Premier League fixture as Arsene Wenger’s men challenge for a place in the ‘top four’.

Arsenal are fifth in the league standings with sixty-nine points and must win both their remaining games (against Sunderland tonight and Everton in the weekend) while hoping Liverpool or Manchester City drop points to stand a chance at qualifying for next season’s UEFA Champions League.

Sunderland have already been relegated and sit at the bottom of the league with twenty-four points. They are coming off a 2-0 loss to Swansea City and before their final game against Chelsea, would love to spoil Arsenal’s chances.

Santi Cazorla is still sidelined with an injury for Arsenal while Sunderland will be without the injured Paddy McNair, Duncan Whatmore, Jan Kirchoff and Brian Oviedo.

“Our chances depend on winning our games. We have 69 points, we can get to 75. That will be four points more than last year, so let’s focus on finishing as well as we can. We have created a momentum again. We had a difficult period and we recovered from it. The only chance we have to be in the top four is to win our games.”

According to Arsenal vs Sunderland H2H Stats, Arsenal have won three and drawn two of their previous five matches against Sunderland.

Sunderland have failed to score in ten of their last twelve matches in the Premier League while Arsenal have won nine of their last eleven league home games. A 2-0 win for Arsenal is the most likely result tonight.