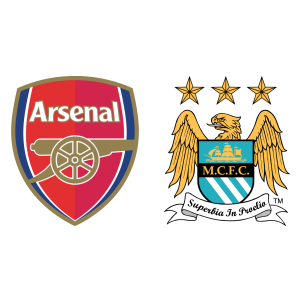 These two clubs squared off against each other this past Sunday in the English League Cup finals when Manchester City all humiliated Arsenal to win 3-0. Pep Guardiola’s side sit atop the English Premier League standings with seventy-two points following a 5-1 win over Leicester City in their last league fixture and have all but secured the Premiership.

Arsenal are sixth with forty-five points and have just won two games in their last six in the Premier League, promptly losing 1-0 to Tottenham Hotspur in their previous league outing.

Santi Cazorla, Alexandre Lacazette and Nacho Monreal are sidelined through injuries for Arsenal while the visitors will be without the injured Benjamin Mendy and Fernandinho.

“We must turn the decisive moments in our favor. Part of our job is to respond and to focus on the next game. You want only to win games, it’s not always possible, so it’s the way you respond. I believe that [we need to] analyze well, focus on the next one and respond together in a united way, which his part of our philosophy at the club.”

Moreover, Manchester City have scored at least 2 goals in six of their last seven matches against Arsenal in all competitions. A 3-1 win for Manchester City is the most probable outcome of this match.