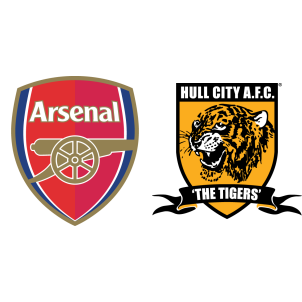 Arsenal vs Hull City – Arsenal hosts Hull City at the Emirates on 11th February, Saturday as they aim to bounce back from their recent stretch of poor form in the English Premier League.

Arsenal are fourth in league standings with forty seven points while Hull City are eighteenth with twenty points.

Arsenal have lost their last two matches – to Watford and Chelsea – by a combined scoreline of 5-2 and have been all but knocked out of the title race as they are twelve points behind league leaders Chelsea with fourteen games to play.

“I never thought I would be here at the age of 20, it’s an amazing feeling to have made more than 50 appearances for Arsenal. It is just the start of my career basically, so I just need to get more goals, more assists and make more appearances and do my best for the team.”

According to Arsenal vs Hull City H2H Stats, the last five matches between these two clubs have resulted in four wins for Arsenal and one draw. In fact, Arsenal are undefeated in their last 13 matches against Hull in all competitions.

Hull City have failed to win any of their previous eleven away matches in the league and have not scored in seven of their last eight Premier League games.

Arsenal are likely to win 2-0 against Hull City.