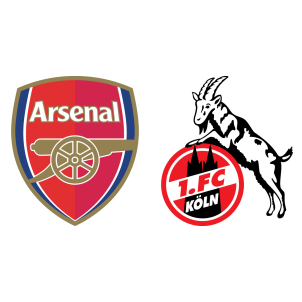 Arsenal vs FC Koln – Arsenal hosts FC Koln at the Emirates on 14th September, Thursday in their inaugural UEFA Europa League match of the season.

Arsenal have been drawn in Group E alongside FC Cologne, FC Crvena Zvezda and BATE Borisov. Arsenal are the favorites to win the group and a deep run into the UEFA Europa League will be crucial for Arsene Wenger’s side, for the Frenchman has been under immense pressure after the Gunners made a poor start to the league campaign.

Arsene Wenger is expected to field a relatively weaker lineup, keeping in mind their away trip to Stamford Bridge this Sunday.

Santi Cazorla and Francis Coquelin are sidelined through injuries while Jack Wilshere, Alexis Sanchez, and Calum Wilson are yet to regain match fitness.

Marcel Risse and Frederik Sorensen are the likely absentees for the visitors.

“For a striker, it’s always important to score, the statistics are very important, and I keep it in a part of my mind. But the most important thing for me is to win obviously and after that the goals will come. We are very focused on this Europa League, we want to go and win it, we are very ambitious.”

According to Arsenal vs FC Koln H2H Stats, Arsenal have won both the two previous meetings between these two clubs. Arsenal are the clear favorites against the German side and a 2-0 win for the Gunners is the most likely result.