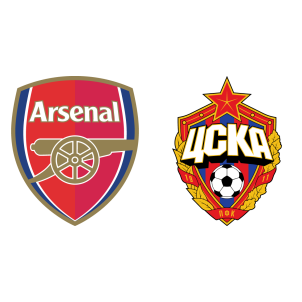 Arsenal vs CSKA Moscow – Arsenal hosts CSKA Moscow at the Emirates on 5th April, Thursday in the first leg of their UEFA Europa League quarter-finals.

Arsenal defeated Ostersunds and AC Milan in the previous rounds, their only hope for qualifying for next season’s UEFA Champions League being winning the UEFA Europa League this season.

CSKA Moscow dropped down from Europe’s premier competition and were deserving winners over Olympique Lyon in the Round of 16 after beating a Crvena Zvezda in the preceding round.

“I’d have preferred to have the first game away from home, but hopefully we can take a big step towards qualifying at the Emirates. We’re looking forward to it and we know it will be tough, because CSKA showed a lot of character to beat Lyon in the last round. They won 3-2 away from home and that’s a good warning for us. We’ll need to remain focused throughout.”

According to Arsenal vs CSKA Moscow H2H Stats, the two previous meetings between these two clubs happened in 2006/07 UEFA Champions League season which resulted in a win for CSKA Moscow and a draw.

Although Arsenal have lost four of their last eight matches against Russian clubs in European competitions, the Gunners have managed to keep three clean sheets in their previous three home games against those opponents.

It should be a closely contested affair with a 1-0 win for Arsenal being the most probable outcome.